The Ministry of Industry, Investment, Trade and Digital Economy organizes, from March 13 to 16, 2018, the 8th edition of the National Consumer Days, under the theme "Which national strategy to strengthen the protection of the Moroccan consumer? ". 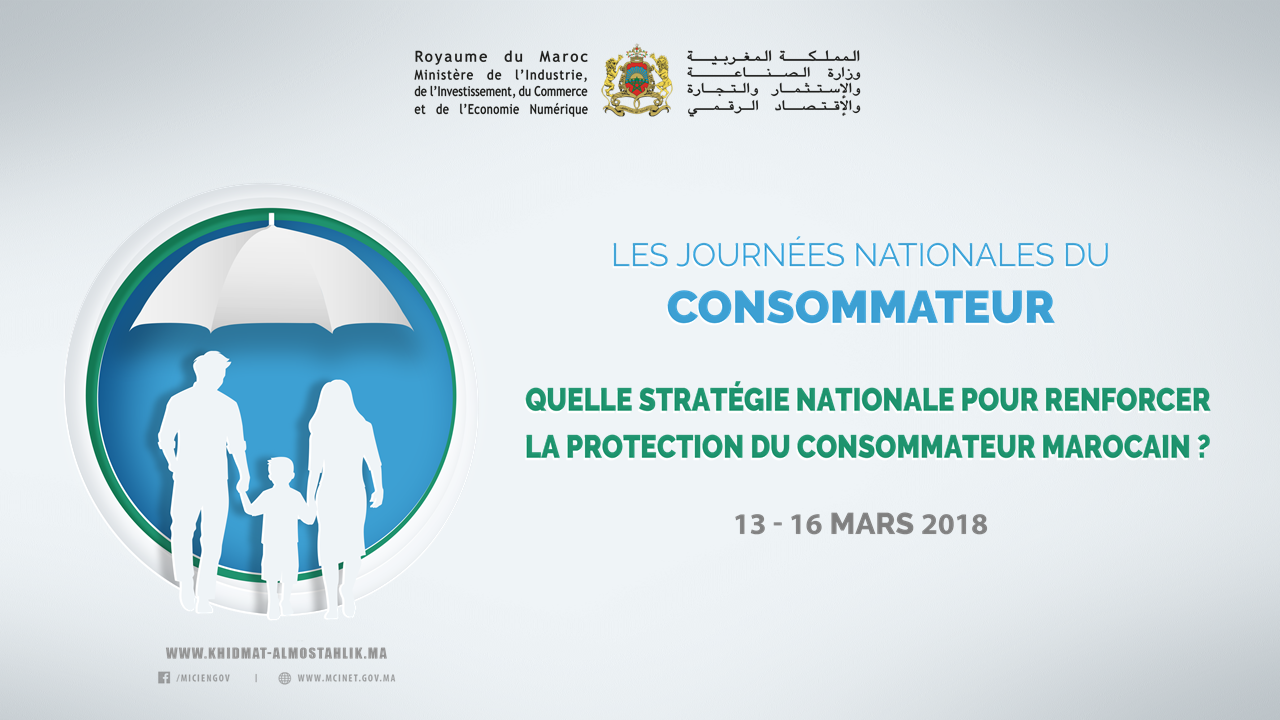 Speaking on the occasion of the launching day, Mrs. Rakiya Eddarhem, Secretary of State to the Minister of Industry, Investment, Trade and Digital Economy, in charge of Foreign Trade, underlined the sustained commitment of the Ministry and its partners to consumer protection. "This is a priority area that puts the citizen at the heart of the action and for which the government has launched a series of concrete measures".

Since the adoption of Law 31.08, on the rights of consumers, significant progress has indeed been made, particularly through the issuance of implementing regulations introducing the appointment of investigators in charge of researching and ascertaining infringements to the law and the implementing of certain provisions relating to commercial practices and property and consumer loans.

A control mechanism guaranteeing the rights of citizens and consumers has been put in place to ensure compliance with the law. In this way, 28,450 control operations were carried out at 2,300 points of sale. 8,220 infringements were recorded. Similarly, 220 commercial websites were controlled, 190 of which were sent warning letters.

To support law enforcement and ensure its efficient and effective implementation, training sessions were organized for the benefit of 600 participants representing the various ministries concerned, civil society, as well as the private sector.

In 2016, in support of the national consumer movement, the Ministry launched the first program to support consumer protection associations. A budget of 10 million dirhams was earmarked for this project, which benefited three federations that met the eligibility criteria. The first allocation was released during this year and was used to equip consumer counters and finance studies and research in the field of consumption.

Significant resources have been deployed to reinforce the protection of consumers: citizens’ information and lodging of their claims on the consumer portal (www.khidmat-almostahlik.ma), organisation of an awareness-raising information seminar and production of communication media.

The objective now is to capitalize on all the achievements and to increase the pace in order to raise the standards of consumer protection and improve the culture of national consumerism.

A new strategy will be developed for this purpose for the next 4 years. A participatory approach was initiated on the occasion of the National Consumer Days. It aims to compile the proposals and suggestions of the various stakeholders with a view to enriching the discussion leading up to the development of this strategy.

"The effort must focus on implementing a comprehensive and concerted consumer protection strategy which relies on the commitment and involvement of all partners," said Mrs Rakiya Eddarhem, adding that the strategy must, first and foremost, meet the expectations of citizens and foster a healthy and fair supplier-consumer relationship. It must also take into account the most vulnerable populations, and be in tune with new trends in consumption”.