On 26 June 2018, Magneti Marelli launched the construction of its production plant for shock absorbers for cars and commercial vehicles at the Tanger Automotive City Free Zone, in the presence of Moulay Hafid Elalamy, Minister of Industry, Investment, Trade and the Digital Economy, and Pietro Gorlier, CEO of Magneti Marelli and Fouad Brini, President of Tanger Med. 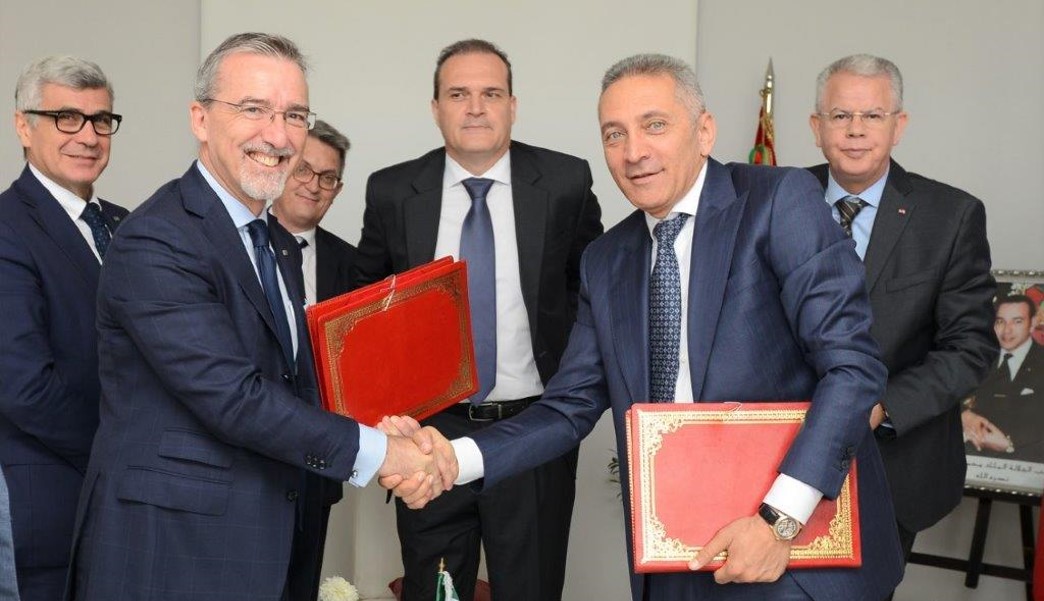 The plant, whose investment agreement was signed in September 2017 in Rabat, will require an investment of MAD 405 million and will create 500 direct jobs.

The industrial plant, which covers an area of approximately 20,000 m², is due to start operating in 2019 and thus reach an annual production capacity of 6 million parts. The project will focus on supporting Magneti Marelli’s customers in Morocco and in the south of Europe (Spain, Italy and Turkey).

On this occasion, the Minister Moulay Hafid Elalamy welcomed the establishment in Morocco of a world leader in the production of automotive equipment and stressed that "with this industrial project, a new business is developing in Morocco and the national automotive sector is becoming increasingly integrated. Magneti Marelli's business will also benefit the fabric of local suppliers from whom the Tangier plant will be sourcing. "

At this ceremony, Mr. Elalamy and Mr. Gorlier signed an investment agreement for the construction, of a second unit dedicated to the production of lighting systems, electronic and pedals, which will be located on the same site. This new project, which requires the sourcing of an estimated amount of 312 million dirhams, will create 200 additional jobs.

Minister Elalamy noted : "We are delighted that the current dynamics of our automotive industry and the Kingdom's strong position in this sector have led the Magneti Marelli Group to expand its business in Morocco. Our ambition is to build a powerful ecosystem around the group which will promote the development of the sector and a thorough integration of the automotive value chain.

Magneti Marelli designs and produces advanced systems and components for the automotive industry. With 86 production units and 14 R&D centres in 19 countries, around 43,000 employees and a turnover of more than US $ 7.9 billion in 2016, the group supplies the largest car manufacturers in Europe, North and South America and Asia-Pacific. Its product lines include Electronic Systems, Automotive Lighting, Powertrain, Suspension and Shock Absorber Systems, Exhaust Systems, Parts and Services, Plastic Components and Modules, Motorsport. Magneti Marelli is part of the FCA group.