Redesign of the import control system of industrial products 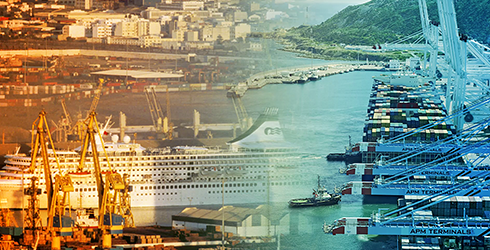 The redesign project for the import control system of industrial products was presented, on Monday in Rabat, by the Minister of Industry, Trade, Investment and the Digital Economy, Mr. Moulay Hafid Elalamy in the presence of various stakeholders in the import control process.

Implemented by the Ministry in collaboration with the Customs and Excise Administration and Portnet, this redesign project, launched in May 2015, aims to remedy the shortcomings of the import control system, especially regarding human resources, procedures, logistical and processing resources as such shortcomings impeded the flow of control operations, caused considerable time loss for operators and jeopardized the credibility of the system.

This redesign aims to establish a new modern and efficient control mechanism in line with the concerns of the Ministry regarding consumer protection, and the expectations of economic operators; “The objective is to ensure consumer protection against hazards due to the use of non-compliant industrial products, and protect economic interests by promoting a climate of fair competition between economic operators on the local market and also ensuring that they fulfil their respective obligations”, stated Mr. Elalamy.

The redesign of the import control system of industrial products, which is major step for the benefit of consumers and economic operators, is based on two main lines of action. The first line comprises the reorganisation of the Control Service at Casa-Port through reinforcing human resources, optimizing processing workflows, revising of procedures, implementing an archiving system and improving reception conditions for operators. The second line of action involves the dematerialization of the import control system for industrial products thanks to an information system for the processing of files and the implementation of an electronic exchange of control results via an Electronic Data Interchange (EDI), between the Department of Industry and the Customs Administration via the foreign trade one-stop-shop “Portnet”.

Such Dematerialisation is applied to import transactions at the Casablanca and Tangier Med ports and to the Bonded Warehouses and Clearance Areas (MEADS) for a pilot phase before its generalization.

Additionally, this operation will increase the effectiveness of the interventions carried out by screening officers and allow a better control of information traceability, which is a major prerequisite for the improvement of the competitiveness and transparency of the control chain. Thus, it has a positive impact on reducing processing times for applications and operators’ travels. It also represents an important step in the process of facilitating foreign trade procedures.

Thanks to the dematerialization of the import control system for industrial products, applications can be filed at any time on the platform through the PORTNET system. The operation is carried out by the operator who can then monitor the progress of their files in all transparency and thus have a more serene approach to their import operation of industrial products.

Furthermore, the next steps of the project will aim to generalize the dematerialisation of the control process to other border crossings, optimize the relationship with laboratories, conduct a review of standards and set up an online complaint platform for the benefit of freight forwarders and importers.

During this meeting, two partnership agreements on facilitating and improving the import control process were signed. The first agreement concerns the Electronic Data Interchange about the import control of industrial products between the Ministry of Industry, Trade, Investment and the Digital Economy, the Customs and Excise Administration and the public limited company Portnet. The second agreement concerns the cooperation in view of improving the efficiency of the import control process between the line Ministry and the Association of Customs Approved Freight Forwarders.