Morocco - UNIDO: a new framework for an innovative and significant partnership

Mr. Moulay Hafid Elalamy, Minister of Industry, Investment, Trade and the Digital Economy, received on Tuesday, 3 October, at the headquarters of the Ministry, Mr. Li Yong, Director General of the United Nations Industrial Development Organisation (UNIDO), who is on a working visit to Morocco from 2 to 5 October 2017. 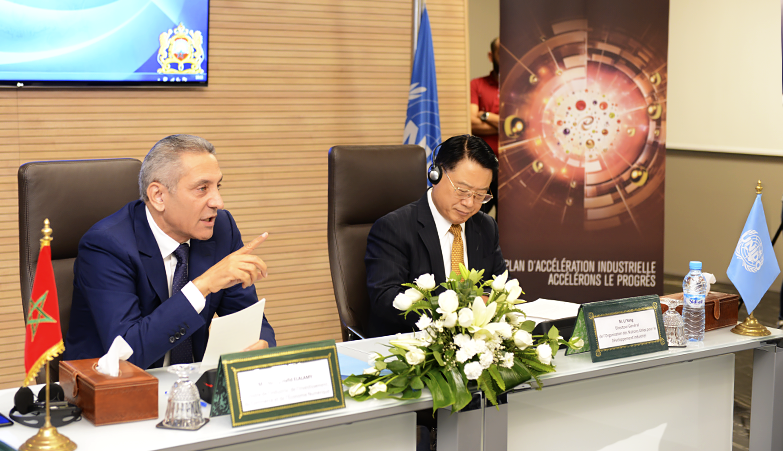 During this meeting, the two leaders welcomed the quality of the cooperation between Morocco and UNIDO, as shown by high-impact projects covering various fields, as well as by the opening of the Organisation's Office in Rabat, in February 2004.

The meeting also highlighted the timely convergence between UNIDO's approach to industrial development and the vision deployed in Morocco as part of the Industrial Acceleration Plan 2014-2020. Under the mandate of Mr Li, UNIDO's strategically placed inclusive and sustainable industrial development at the heart of the Organisation’s works, an objective that is in keeping with the ambitions of the Kingdom of Morocco. Similarly, this strategic vision advocates a new and innovative way of thinking about industrialisation based on tailor-made policies, conducted on a consensual basis between public authorities and the private sector and providing effective responses to lasting job and wealth creation issues.

In this regard, Mr Li welcomed the approach of structuring industrial sectors in ecosystems, as well as the unreserved commitment of the private sector to this process that achieves tangible results and creates a true industrialisation dynamic as shown by large-scale projects.

He also confirmed UNIDO's commitment to continue its support to national efforts aimed at increasing the contribution of the industrial sector to job creation and inclusive and sustainable economic growth.

In this regard, Mr Elalamy stressed the importance of the establishment of a new partnership framework with the Organisation in support of the deployment of the Industrial Acceleration Plan. The projects to be implemented would include, in particular, the industrial recovery of waste, support for the "green chemistry" ecosystem, the development of an ecosystem for innovation supporting the development of smart cities, the implementation of sector-specific observatories, as well as the strengthening of e-commerce infrastructures. 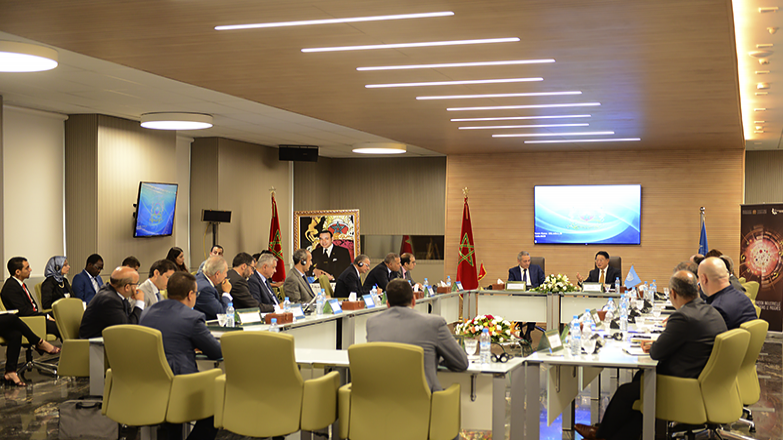 The future partnership with UNIDO should also be designed to achieve progress and growth shared with African partners. The projects to be deployed will have to be of dual scope, national and African. The conventions and agreements concluded with African partners on the occasion of royal visits in the continent provide an appropriate framework for the implementation of tripartite cooperation between Morocco, UNIDO and African countries.

During his visit to Morocco, Mr. Li also met with officials from the public and private sectors to discuss the prospects for cooperation between Morocco and UNIDO.